Answered on Quora: Are there any side effects to bone marrow donation?

Bone Marrow Donation is the traditional way of extracting stem cells out from your bone marrow. To do that you have to undergo general anesthesia. The risks of general anesthesia include not waking up, choking on yourself during the procedure, etc. However a decent anesthetist and team will be able to mitigate the risks as much as possible.

To extract the stem cells, (at least for me) thick needles were inserted and punctured into my hip bone to access the bone marrow there. Risks include damage to the bone, nerves or muscles around the area.

After procedure, you will be light headed as the stem cells along with the blood have been extracted from you.

My procedure was a day operation, which meant that I was well enough to be discharged before lunch on the very day I checked into the hospital.

Donating bone marrow to me was a no brainer. First, bone marrow is a regenerative tissue, what was lost through the procedure will be replaced in due time. The day before the operation, it was my graduation ceremony and it included a swan song routine that I was a part of. My recovery was about a week, I went to my first job three days after the operation was carried out. Second, who can ignore the possibility of saving a life? These two reasons were enough for me to agree to donate. My agreement to it was so swift and wholehearted that it initially surprised the coordinators at the bone marrow donor programme (they had expected some levels of resistance).

If I were to be called to do the donation again, I will do it without any hesitancy.

I wrote my experience here: Donating My Bone Marrow Experience.

Question: Are there any side effects to bone marrow donation? 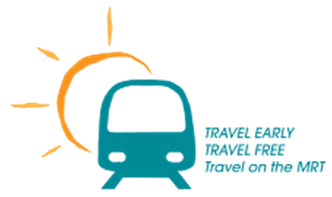