While serving out the two years that most Singaporean males have to do in the Armed Forces, there was this running joke that we often said to each other: ‘Do what you must, do what you are ordered to do, just don’t up two ranks at the end of it.’ Even now during ICT, we sometimes repeat the same statement.

Often, we laughed it off nonchalantly. There aren’t many occasions where we would encounter situations that we would leapfrog a rank. Right?

CFC Dave Lee of the 1 Battalion Guards is an example that death can occur while in training. He died of heat injury during an 8km route march. There were social media posts that brought out allegations that he was being ‘ ‘ for reporting not being well and that there was a turn out session the night before. An independent Committee of Inquiry has been convened, and a separate police investigation is also launched. The Chief of Army though had come out to say that his body temperature at the start of the march was within the normal range, a statement, in my opinion, seems inadequate as body temperature can spike quickly on a hot day. What’s more, during a strenuous activity.

Such death shouldn’t have happened. There were many safety checks in place during my active service and would have been improved since then. There were many deaths between now and then. Being a reactive document, the Training Safety Regulations manual would have updated as incidents occurred.

During my active service, I witnessed two occasions in which a close brush or a death occurred, one in each year of service.

The first was a close brush. It was a injury. We were out on a field camp training, defending a small plot of land against imaginary enemies. For this exercise, we had to dig trenches, shell scrapes, command posts and the likes. I was supposed to sit out on this as I had a long-term excuse. I overstrained my right shoulder muscle and was restricted to light duties and refrained from doing upper limbing activities. But hey, what’s stopping the few of us to do to 4-hour sentry duties? (It’s not strenuous by the way since the exercise was conducted in the air base.)

However, the exercise was planned with the whole training batch in mind, there was a need to speed things up. Some of our immediate trainers would help out without being noticed by the regulars, and us ‘pia ‘ squad would help out as well (Nothing is stopping me from swinging my left hand…).

It was particularly hot that day. The mercury was going past 32C. There was no breeze and with the humidity, the air was heated and stifling. I was taking a quick break from helping out a fellow trainee with his shell scrape. It was the second shell scrape that I helped out with. It was fortunate that the ground was soft with red moist soil.

Hoping to cool myself down, I took a swig from the canteen that hung at the side of the load bearing vest (LBV). The water was lukewarm though. From the corner of my eye, I noticed that a trainee was just standing out in the open, some ten meters away from me. He wasn’t moving. Strange. As he was to come back and complete the shell scrape that I just helped out with.

I looked at him and was about to ask if he was alright when he suddenly started to sway. Within a split second, I rushed to him. He began to collapse, but I managed to catch him in time. As gently as possible, I laid him on the grass. His hands were hot to touch, felt warmer than the water I just drank. A quick look at his eyes, which revealed more whites than usual, and a touch to his forehead and neck confirmed my suspicion.

During my Basic Military Training, it was impressed upon on all recruits that on the potential lethality of heat injuries. The fortunate would get away with a couple of days rest with quick interventions, the least fortunate ones would have to face more dire consequences ranging from brain damage to death. A system was set up to bring attention to the more vulnerable ones. A coloured tag for those who suffered heat injuries before, another coloured tags for other preexisting conditions that increase one’s susceptibility to heat injuries and other death inducing injuries. We were also taught to recognise the symptoms of heat injuries and how to mitigate them. Why mitigate? Because the full recovery involved transportation to a cold room in the medical center and IV drips.

I scrambled to unbuckle his LBV, stripped him of his battledress (while trying to maintain as much modesty as possible, didn’t work out…). I took out my canteens. I carried two with me, because of the heat and the sentry point was far from the resupply point. I started emptying the contents on the ‘hot spots’, his neck, armpits and groin. Alerted, the other trainees also got out their canteens and did the same while the trainers arrived with the medic. From afar, it might have looked like a ritual before sacrificing to the ones above.

The trainers and medic weren’t slow in responding. They were nearby overseeing another sector. They arrived a couple of minutes later. It was just that the surrounding trainees were quick to react.

The medic quickly deployed the already melting icepacks that he carried with him. The trainers got the safety rover to come around so that he could be stretchered faster and be sent to the medical centre quickly. The trainers also asked a couple of questions on how it happened and suspended the activities for a while. This gave a brief respite for all of us, allowing us to resupply our water, rest until the afternoon heat eased.

The trainee came back hours later. As per doctor’s orders, he could not participate any longer in the main activities. We wouldn’t have him to do so anyway. The doctor mentioned to him that if he hadn’t had the interventions out in the field, he could have risked brain injury at the very least.

The second was an actual death. It didn’t occur in my unit. But the appointed medical centre for the area was in my air base. I was on duty at the only open entry point when the safety vehicle from another camp came, bringing the soldier to the medical centre. Without a tarry, the vehicle was let in.  The soldier was subsequently sent to the hospital, but ultimately, he died. There was an investigation done immediately. I remembered heading out to be questioned. What got us off the hook was the CCTV recording at the entry point. I never got to know the final report from the investigations. There were murmurings, but for reasons, I shall not elaborate on this incident further.

On Wikipedia, a list of NSF/NSmen deaths exists. Probably because of a spate of deaths during my active service, on one of the subsequent night shifts I had for the perpetual guard duty cycles my unit had, I came to realised that no matter how much the army perfect the training safety there would be no way to avoid training deaths. What can be done is to minimise such deaths.

If I have to sacrifice my only son to bring this message across, make sure it is one that brings forth solid changes to the seemingly perfect training systems.

Requiesce in pace, CFC Dave Lee. Like the deaths before, may your death prevent similar deaths from happening in the future.

I had friends I never knew I had 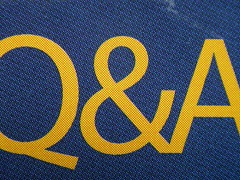 How to answer questions during presentation during Q&A 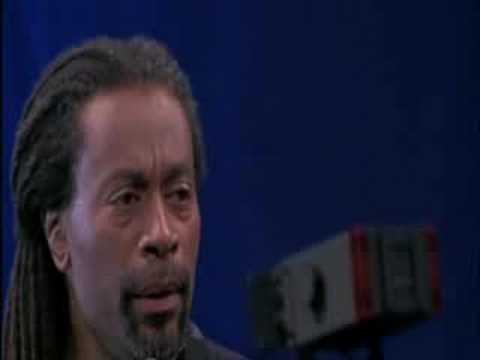